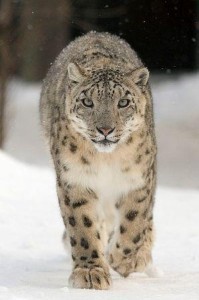 Snow leopards in Spiti valley will be tagged with collars monitored via satellites in order to get a deeper understanding of the behaviour of the endangered cat. The snow leopard is a moderately large cat native to Central Asia mountains.

About half a dozen snow leopards would be fitted with radio-collars. The study would monitor their behaviour using GPS.

MoEF has sanctioned Rs 25 lakh for the study of the snow leopard.

The study which is the only second such study in the world on the endangered species was previously carried out in Mongolia.

Himachal has around 20 snow leopards.

The animal resides in one of the harshest and most inaccessible mountainous areas due to which it is almost impossible for wildlife biologist to explore them.

Snow leopards are facing many threats which include poaching, especially for their skin, but also for traditional medicinal trade and retaliatory killing by shepherds and villagers.

Bishkek declaration on the conservation of the Snow Leopard