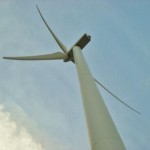 Wind power generators have been asked to back down by the Tamil Nadu Generation and Distribution Corporation (Tangedco).

In spite of the fact that wind continues to be strong in the state, wind power being  fed into the state grid has come down drastically from 2,283 million units in July last year to 1,458 MUs this year as per reports.

“Unlike in the previous years, when windmills were permitted to run and generate power throughout the wind season, this year windmills are not allowed to operate. Since last month, windmills are forced to shut down every day for eight to 20 hours by the SLDC,” K. Kasthoorirangaian, chairman of the Indian Wind Power Association said.

He said wind power producers were suffering heavy financial losses due to backing down of windmills. “We are losing Rs 10 crore for every 25 million units which goes untapped,” he said.

Tangedco official however said that they were forced to back down windmills as there was a drop in power demand across the state due to widespread rainfall.

“Evacuating excess wind power than required will affect the grid stability. Hence we are backing down,” the official said, adding increase in hydro­power generation in the state.

The official also said Tangedco could not forego private power purchase for the sake of wind power, which is unreliable and its availability is restricted to a few months.

It is because of the uncertainty factor that the government is considering setting up separate green corridor for streamlining power from two major renewable sources chiefly wind and solar. The present transmission network finds it difficult to evacuate wind and solar power because of fluctuating voltage.

Tamilnadu is the eleventh largest state in India by area and the seventh most populous state. The State of Tamilnadu is located in the southern region of India with installed electricity generation capacity of 18,382 MW (as on 31st January, 2013). Read more on electricity scenario of state of Tamil Nadu here