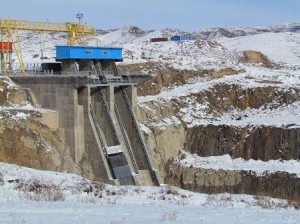 The expected cost of the project is 6112.30 crore rupees. The Project will benefit all the States of Northeast and may generate 3622 million units annually. The Tawng project will require diversion of 116 hectares forest land including 19.6 hectares for underground use and at least  62 families are likely to be affected by it. The NHPC has last year obtained Central Electricity Authority’s concurrence for the 600MW Tawang-I and the 800MW Tawang-II projects in Arunachal Pradesh.

The project approved by the Ministry of Environment and Forest on certain conditions.

NHPC would transfer the cost of compensatory forest to the state forest department;

NHPC will have to set up at its own cost a four feet high reinforced cement concrete pillars to demarcate the boundary of the diverted forest land; and NHPC will have to maintain the flora and fauna in the vicinity of the project.