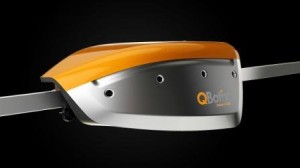 QBotix, a startup was in news last year for launching robots to tilt solar panels to allow for better efficiency by tracking the movement of sun throughout the day. Sun tracking has been in use for quite some time but the use of robots that tweak and adjust solar panels was a very interesting feature. Tracking is of two kinds- single and dual axis and the robots perform dual axis tracking at a lower cost. The robots are battery powered.

Single axis is less costly than dual axis tracker but the robots perform dual axis adjustment at the same cost of single axis and thus are highly cost effective.

The new version known as the SolBot R-225 is lighter and better than the previous one. While the earlier version could adjust 200 trackers every 40 minutes, the new ones can track more and has a 13% improvement over the previous version. The system also has sensors, GPS and a wireless connection, which can transmit data back to the owner. Read more on solar technologies here

Such technology is highly useful for large scale commercial solar farms and according to QBotix, the technology is being used at five such farms.