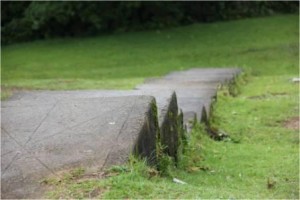 We love to eat, isn’t it? All of us, almost, without exceptions. And no matter how developed or technologically “smart” we become in the times to come, there is no underscoring of the fact that we would not function in the same capacity without the food that we eat.

Yet, we are ignorant, flagrantly ignorant, and it is time when the dungeon that we choose to keep ourselves in, will no longer protect us from the sunlight. The dreams will be devoid of the all so beautiful world if we don’t wake up even now and start unscrambling the puzzle of dilapidation around each one of us.

If not for the second Green Revolution that Mother Earth is craving so buoyantly for, there might not remain the so called delicacies of the world so fondly built by us.

An overview – From where we stand, is it that bad?

The world we live in today is as united as divided. The continents are no barriers any longer, and transmissions and transfers are at their seamless power. Apart from the fact that everything today, from a pin to an elephant, can travel to almost any part of the world from almost any part of the world, the most beautifully ironic certitude is manifested by the way in which ideas have started flowing. Countries have started sharing political philosophies, the technological innovations and research expertise, along with of course, the anxieties about the life on the planet.

The Fifth Assessment report (AR5) of the Intergovernmental Panel on Climate Change (IPCC) therefore, comes as no surprise. The increasing climatic changes pose a threat to the sensitive crops, and there is an estimated global reduction of about 2 percent with respect to food production. In a country like ours, where food security is already an open ended circus, it is left to nobody’s wonder, then, what the effects of the above said will be.

This, as everyone agrees, is just the beginning.

World Bank data indicates the pollution that is attributable to agricultural practices, and looking at the data, it is not surprising that the levels of nitrous oxide, a major harmful greenhouse gas, are booming so rapidly.

The worse has not happened yet, and we still hold the key to at least partially, if not fully, reverse the possibility of turmoil enveloping us vigorously. Before we look into what can be done, it is essential to understand, what led us here in the first place. From where we were to Here, Today, and Now…

India was a land of rich and variable agriculture before the British colonization happened. And while the colonizers could not take away the natural gifts of India, they left us in a state where Mr Jawarhal Lal Nehru and other political leaders were faced with a dilemma, whether to give importance to agriculture, or industry in the planning of the economy. After a lot of mind meddling, and borrowing from the world point of view at the time, the Indian leaders decided to make the Industry the prime motivating force behind the country’s economy.

While the economists blame that decision for the “market failure” India is commonly called, the fact remains that various constraints led us to take that decision and made India one of the fastest growing economies in the world scenario. The bare fact today, however, is as disturbingly amusing as shocking. The primary sector (agriculture) contributes as little as 18% of the GDP of the country, but 60% of the population depends on the same sector for its livelihood! The question looms large in front of us. 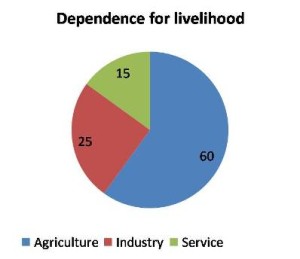 So, were we always like that? I thought we are a self sufficient country?

Now, we all tend to be happy in the fact that there has never been a dearth of food in supermarkets. And that our country is capable enough to support its population. That in part, is largely attributable to the Green Revolution so dearly remembered which made us the proud producers of our food. Firstly, the truth about the Revolution is far from known. And more so, going by the Malthusian philosophy, at the rate the users are growing in number and volume, a drastic change somewhere in production is imperative.

Green Revolution; was it really Green?

Let’s keep aside the fact that Green revolution did not reach every Indian farmer. (Although of course, the repercussions of the regional disparities and rift between rich and marginal farmers created are felt till date, evident by the high rates of suicides in rural areas by farmers).

The biggest, and probably the most invisible and under talked effect of Green Revolution was the ecological imbalance it perpetrated. Based on a lot of studies by Vandana Shiva, Mr. Rao, and the Planning Commission, there is no doubt in the fact that it led to

Which led India into an ecological crisis, and

The answers are obvious. The big question is when will we start seeing them. India especially needs to see the concepts of;

The Government – The Big Boss

The legislature is hardly the problem in India. Implementation and executive is.

Areas to focus on:

The farmers – The heroes of economy!

The usurpers – The common man

From where I see, it is still green. And I hope to see it greener tomorrow.

Dr Mittali Sethi is a Consultant Orthodontist by profession, and works as a senior lecturer in a Dental College. She loves to read, write, and photograph in leisure time. Her writing tries to amalgamate common understanding with the various simple ways to make life better and meaningful. She can be contacted at minki_ram[at]yahoo[dot]co[dot]in.