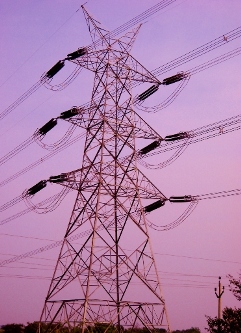 So we have lived in complete blackouts for the past two days. Nobody’s questioning that India is progressing perhaps faster than what the developed world managed when it had its progressive era but the lacuna’s in infrastructure in planning are there for all to see. India cannot afford to ignore the shortcomings in our power sector.

For an economy that is growing day by day, to be exposed to such blackouts is unpardonable. Even in cities like Delhi, the heart of India, there is not a single household which doesn’t have an inverter or generator. Power backups are a necessity since there is never an assured electricity supply.

I have already visited this problem in another related article-

“The power sector suffers from inherent problems like bundling of activities whereas globally power sector is unbundled into generation, transmission and distribution as three separate independent activities. This bundling is on account of the fact that around 56% of generation is by the state governments through their respective state electricity boards (SEB’s) which has one of the highest transmission and distribution losses of around 28% along with certain other crisis such as power thefts which is unique to India. Free power/ underpriced power is making them unviable and the losses of SEB’s is likely to be around Rs. One lakh crore in 2011-2012.” (Read more here)

Because of the delay in the nuclear power plans due to opposition, the power planning has to come up with innovative solutions. With India trying to base its future energy requirements on nuclear and coal, the spiraling costs and the delay in execution further plunge India’s energy security into an abyss. With much of coal coming via import, it will definitely not remain a cheap source of power in future. Since there is no point in falling back on coal unless it can provide cheap power, there is an urgent need for exploring alternative options.

Alternative sources of energy such as solar are a lucrative option or at least a reliable option (See how solar PV plants can earn carbon credits). Coal and oil still dominate India’s electricity supply with renewable taking a backseat. With the changing scenarios and the rising costs associated with both, it would be wise to invest in renewable sources. Half of our foreign earnings go towards purchasing resources such as coal and oil. (Know more about Indian energy scenario)

According to the ministry of power, Govt of India, The annual growth in power generation during 11th Plan period is as under:

The growth in electricity generation during 2008-09 was constrained due to delay in commissioning of new units during 2008-09, long outages, shortage of coal/gas/nuclear fuel, poor hydrology, etc.

One major reason for low efficiency and a factor that is perhaps not found in other countries is theft of electricity. It needs to be dealt with strictly. Even urban areas where the so called educated elite inhabit are also not immune from this problem. Transmission losses maybe forgiven but losses from theft should be unacceptable.

States that withdraw more than their allotted quote should also be penalized. States withdraw more because they go unpunished. Why states that are abiding should be made to suffer for the irresponsible behavior of others. Punishment for overdrawing should be in the form of monetary fines and a reduction in the quota of erring states.

India should look to invest heavily in the transmission and distribution networks, to bring down the losses should be the utmost priority.

Power being a concurrent subject, both the centre and state need to work in tandem to ensure the country does not suffer from another such blackout. With the current mode of progress, almost everything is being run on electricity. Power blackouts can bring an entire system to a halt as has happened in the last two days. Without a reliable and efficient power infrastructure, economic growth will always remain a distant dream.