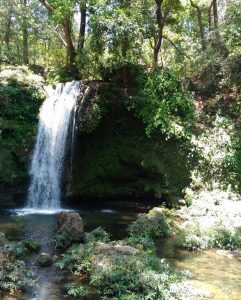 Now that it’s been almost seven years, I can sufficiently say, I didn’t like Avatar much. To give a bit of context, I’m a film buff and looking back, I was probably more caught up in the experience of it all rather than in the movie itself. Avatar was Meh! It’s the kind of movie you look back at and say, yeah, I saw that. But, it is funny how certain parts and not the whole of things leave an imprint; like the memories of loved ones, where we only remember the good. I’m not going to outright say that Avatar got me interested in conservation, but, it sort of did. There’s this scene right before the big battle where Jake goes to pray to the N’aavi ancestors for guidance and assistance. In it, he makes a strange, but poignant comment. He says “They (humans) destroyed their green.” The ancestors end up providing assistance, and a whole lot of bloodshed commences, but that’s beside the point, this article isn’t about Pocahontas 2, sorry, Avatar. Cameron implies in the film that the world is seemingly headed to a state of no nature and from a philosophical point that is mightily interesting to me.

I have read a multitude of classical philosophical works, and I frequently ponder the friction between the past and the future. If, for example, the past was dictated by a state of nature, wouldn’t the future, being the polar opposite, be one without it. The State of Nature, as a philosophical thought, presents a world without society. I tend to take it further to mean, a world without the modern man. As the name suggests, nature rules in this environment and there is unparalleled equality among man. Man, without the technological advances of the modern era, only takes what he needs from nature. Nature would also rely on man to foster the photosynthesis loop; and being a largely agrarian society, also for the care and nurture of nature. In a sense, there is equality between man and nature as well. Thomas Hobbes, the British philosopher, known for his social contract theory, postulates that in this state of nature, man is preoccupied with doing everything to preserve their life. He contends that life is solitary, poor, nasty, brutish and short. The state of nature is essentially a world of man versus man. Hence, the need for contracts to negotiate a way out of this compromise- and the subsequent creation of functioning states and governments. Hobbes sees the creation of government as the end of the state of nature. Governance is in itself a form of modernity. As such, I feel there exists a disconnection between the modern man and the state of nature. Evolution postulates the survival of the fittest, and as we gravitated towards a more unequal and unjust society, certain beneficial aspects of the state of nature have been abandoned. 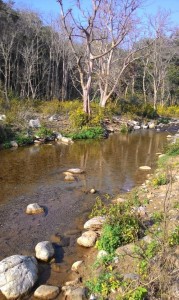 I am not advocating the dissolution of the government. If anything, I have constantly argued for the need of government to give conservation more precedence in the global arena. But the key word is preservation. The Hobbesian view is that governments form to ensure the preservation of man. It likewise suggests that it is the fear of death that propels man to peace. As such, shouldn’t nature then be entitled to the same rights of preservation, given our equality? Recent estimates suggest that at least 10,000 species go extinct every year. At this rate, in another millennia, the planet would be a desolate place. Man is particularly responsible for this trend. 2015 was the warmest recorded year in history, the second warmest was 2014. Preservation of the environment has been relegated to the backbench. This is where I feel government should play more of an active role. Hobbes stresses that the role of the sovereign is to ensure common peace and safety. Climate change is the greatest silent threat to the world. To ensure the safety of the future generation, we need to do more to avert the unthinkable.

Man’s greed has been echoed for generations now. It is the predominant assumption in economics. Industrialization and globalization are key to understanding rampant pollution. While I think completion on an international stage is healthy in terms of development, there should also be a rationale motivated by self-interest. Climate change is responsible for extreme weather patterns the world over. Droughts, extreme heats, glaciers melting and rising sea levels have an adverse effect on people’s livelihoods as well as the environment. Add to that the negative health outcomes these changes in the environment bring about and you’ll perfectly understand the rising costs of these changes to man. I frequently refer to this discord between the global north and south when it comes to conservation. Less advanced nations bear the brunt of environmental degradation because they are ill-equipped to handle them. There seems to be an information asymmetry with regards to dealing with climate change. Not only do advanced nations have better technologies to deal with them, but information is not delivered in the appropriate channel to developing nations. This is the particular area where I feel government should play more of an active role. It is not enough to rely on civil society to spread awareness on this all important issue. Competition should drive our need to preserve the environment- the need to better ourselves, to evolve, to survive.

The art of survival is engulfed in an endless state of conflict. The environment, more than anything charts a timeline similar to the literary conflict narrative. Man against man; where the need to secure resources generates conflicts. Nature is at the nucleus of this stage, albeit, not overly consumed to necessitate a disastrous erosion of the earth. The current stage is that of man against nature. Make no mistake, we are winning this battle, but it is one we should not necessarily be partaking in. In most narratives, nature fights back aggravatingly. The stage that follows will be one of man against self. To wage war against nature is to ultimately wage war against ourselves as we stand to lose the most from an eroded earth.

Hobbes Leviathan (last reference, I swear) speaks of the Kingdom of Darkness. It’s not as mythical as it sounds, however. Hobbes is talking about ignorance; similar to Plato’s Cave. I feel ignorance is the single most important factor derailing the environmental movement in the modern epoch. The onus, as in the cave, is for an individual to venture out, to seek knowledge, to seek the light. There are so many resources in this day and age to supplement the little you might know about climate change and environmental degradation. But we need a sustained interest in the field, be it through organizing symposiums or going the extra mile to include it as a major in universities. Very few universities have programs in environmental protection, and fewer students actually take the bolder step to major in them. Refreshingly, we have the Green Campus Initiative  working with universities to tackle the challenges of climate change and environmental sustainability through innovative academic research.

In Avatar, man has taken the giant step into the unknown. After exhausting the resources on Earth, they venture to another planet. Barring any outrageous technological advancement, that seems highly unlikely in the near future. Already, we are seeing nature fighting back. Scientists are predicting more frequent changes in weather patterns around the world. Frequent micro-earthquakes have been linked to fracking, and extreme heat and cold are becoming more common. Just this past week, there have been several emergencies in India regarding heat strokes. The state of no nature isn’t a prediction, it’s already begun, and we ultimately have no one but ourselves to blame.

Laolu Ibrahim holds a Masters in Public and International Affairs from the University of Pittsburgh and a Bachelors from Lincoln University. He writes for the Green Campus Initiative. His core interests include poverty alleviation, environmental sustainability and youth empowerment. In his spare time, he enjoys reading, writing and watching sports. In the future, he hopes to obtain a doctorate degree where he aims to study exclusionary policies that limit youth participation in politics.