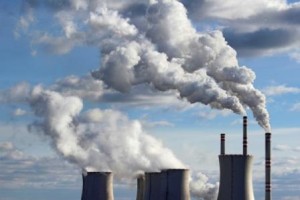 In the wake of strict government-imposed environmental regulations on power plants in the United States, the U.S. Department of Energy may have just offered up a solution to keep the country in the energy business. On Nov. 7, the DOE announced its plans to invest $84 million in clean carbon technologies to create cost-effective, minimal emission innovations for the nation’s coal-fired power plants. (Source: DOE)

The DOE funds will be divided among 18 different projects focusing on carbon-capture technologies for both pre- and post-combustion power plants.  Carbon capture storage (CCS) is a solution for power plants to minimize carbon emissions due to the burning of coal or oil. The technology allows a plant to capture its emissions and store them in large containers, usually underground. This prevents carbon from seeping into the atmosphere and contributing to climate change. (Source: DOE)

But CCS is an expensive investment and most power plants aren’t profitable enough to afford to retrofit their facilities with the technology. Plus, CCS has not been used at such a large scale, so it’s unknown how it will perform in the nation’s massive energy generation facilities. Hopefully, the DOE-funded projects will help solve the problem, streamlining the technology for efficiency and cost savings.

Due to new government regulations, power plants will need an overhaul with CSS technologies to meet environmental compliance. And many believe that the DOE’s investment in this technology has come just in the nick of time. In September 2013, the U.S. Environmental Protection Agency announced a set of stringent rules regarding the amount of pollution new power plants are allowed to emit. New restrictions for existing power plants are expected to come in 2014.

While environmentalists are thrilled by the impact the rules could have on climate change, energy experts fear the standards are so strict that they will cause the failure of power plants all over the country.

Coal-fired power plants have struggled in the last couple of years as the price for electricity dropped due to fracking and an increased amount of renewable energy generation. And the EPA’s new regulations already have some existing power plants shutting their doors.

Two Pennsylvania power plants deactivated on Oct 9, taking more than 2,000 megawatts of energy off the grid and leaving 380 people out of work.  FirstEnergy, the plants’ owner, said the facilities were getting too expensive to run, and when the EPA’s regulations take effect for existing power plants, it could cost the company $270 million to bring the plants into environmental compliance. (Source: Observer Reporter)

But Pennsylvania isn’t the only place where power plants are throwing in the towel due to the potential restrictions. A Massachusetts plant, the Brayton Point Power Station, plans to stop generating electricity by May 2017. Its owner, Energy Capital Partners, also point to the cost of environmental regulations as a reason for the shutdown.

For those against the use of coal for energy, the regulations might seem like a big win. But the nation still needs fossil fuel-generated energy, at least for now. Today, power plants generate about 80 percent of the energy used in the United States. Though renewable energy is growing steadily, the intermittent electricity bursts it contributes to the grid are unreliable.

There has to be a balance between the energy generated and the amount of electricity consumed, otherwise there can be a massive overproduction of energy or rolling blackouts if there’s not enough power. The sun can’t shine every second and the wind doesn’t always blow. So it’s imperative that the nation still have a power source that can contribute to the grid at all times.

Even if renewable generation grows significantly, it’s still a far cry away from taking the place of fossil fuel-generated energy.  But the DOE’s investment could provide a good compromise by continuing the use of power plants, while cleaning up their emissions.

Brittany Williams is a Copywriter for SaveOnEnergy.com. In her role, she covers controversial topics, explores renewable energy options and shares her knowledge to help others minimize their electricity bills, and in turn their carbon footprints.