Whatever is recorded or captured constitutes data. Data is an abiotic entity concealing within a multitude of information required for classifying existence, making economies, deliberating living standards and helping global transactions operate smoothly. Mathematical formulations govern the storage of data sets in every sphere of life and algorithms are provided to make our work regarding the same function easily, without doubt, or carnage of even a diminutive data sub-set. As such, a humongous pile of information has been generated over the years. Though processing techniques are quite modernistic and applicable to sets of data, sometimes a voluminous and complex package of information is recorded by thousands of servers worldwide, due to increased growth of the Internet of Things’ devices, leading to the incapability of traditional data processing software to allocate it. This data is then referred to as “Big Data”. 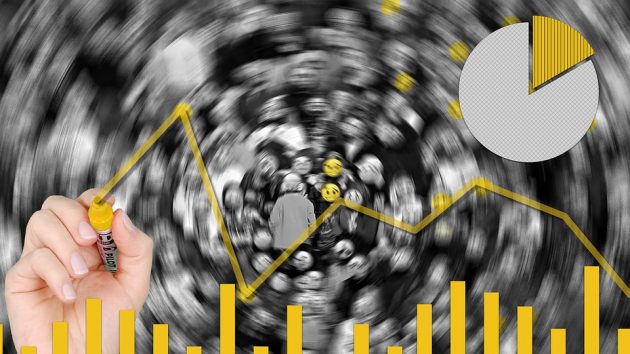 A new trend has set in re-establishing this nomenclature using big data as a synonym to represent a series of analytical, mathematical modeling techniques that provide a collaborative response structured around algorithms and procedures to predict the future course of action of any variable entity. An example is relating big data techniques and climate change on our planet. By determining the factors that influence climate on Earth, we can modulate those into formulae and algorithms to ascertain the future climate conundrums.

Our planet Earth is the only known galactic body to sustain life, which makes it special from amongst thousands of other planets and stars. But life did not originate without any substance. It is because Earth has a favorable atmosphere to maintain and help carry out biochemical activities that make living possible. Therefore, any anomalous change in a minute quantity or quality of global balance in terms of energy budget or ecological equilibrium has the potential to disturb presence of natural living behavior.

Apart from global happenings with terrestrial origins, such as deforestation and alterations in oceanic chemistry, a number of phenomena occurring outside our protective atmosphere have the capability to alter climate. This has been projected through modeling techniques and researchers on Earth’s precession, obliquity, and change in orbit shape. Now, we will understand what these planetary-scale cycles are. All three i.e. Eccentricity, Obliquity, and Precession are collectively known as Milankovitch cycles. Eccentricity is the change in shape of the Earth’s orbit when it comes in the vicinity of Venus and Jupiter. It happens every 100,000 years resulting in the planet receiving a slightly varied amount of solar insolation. Obliquity is due to the rotational axis of Earth shifting from 21.5° to 24.5° every 41,000 years. This phenomenon occurs due to influences from the moon and is responsible for a varied amount of solar output received during winters and summers, affecting seasons in both hemispheres. Precession arises due to the wobble of the Earth about its axis. The bulged equatorial region and slightly narrow poles induce this phenomenon, which is escalated by the gravitational pull from both the moon and the sun. The cycle repeats every 23,000 years causing fluctuations in perihelion and aphelion conditions in the North and South hemispheres.

A more recent approach to climate change with respect to celestial involvement is provided by University of Houston Planetary Scientist, Liming Li, and his team. October 2017 saw climatologists and scientists from the domain of physics, environment, and planetary geology discussing interesting ideas put forth in ‘Earth’s Changing Global Atmospheric Energy Cycle in Response to Climate Change’ by Yefeng Pan et al in the journal Nature Communications. The research focuses on how energy capital of the Earth is intensifying, causing a drastic increase in the incidences of storms as a result of additional potential energy accumulated inside the planet’s reservoir which needs immediate discharge. This excess energy is leading to kinetic storms all over the central Pacific Ocean, where earlier too, scientists had discovered intense tropical cyclones on the rise. The team has numerated all evidence through a calculated Lorenz energy cycle after the MIT scientist Edward Lorenz gave the concept in 1955. This energy cycle is known to influence climate and weather. It is a series of complex formula procedure which related how potential energy is converted to kinetic energy in the atmosphere. By studying Titan, Saturn’s biggest moon whose energy budget is balanced just like Earth’s, Li observed how a giant storm on Saturn, thousands of kilometers wide, changed how the planet absorbed solar energy. The scientists working on this project are of the idea that the same planetary energy effect can be applied to Earth to know variations in climate over an extended period of time.

Constantly monitoring factors that result in large-scale disparities in the climate system of our planet, for example, changes in land use patterns, increasing incidence of storms, frequency of famines or floods, irregular precipitation conditions, topographic changes due to urbanization, water resource mismanagement and pollution, loss of green cover, significant variations in the biodiversity of species, help understand the triggers responsible for the same. It is imperative to study and analyze these through mathematical models and instrumentation techniques, then put the same into software that calculates the impact of each discrepancy, thus concluding how and when climate would become infeasible to humans.

Climate science has four main data inputs i.e. in situ, paleoclimatic, remote sensed and model output. By differentiating data sets collected from all these sources and regulating solutions obtained through a variety of software, big data has an indispensable effect on studies related to climate change.

Help from this innovative computational element generates an entirely new possibility to restrict unbalanced changes in climate. Many organizations worldwide have provided certain applications as well as platforms that induce the importance of data related climate change surveys which are interconnected all over the globe through interactive and intelligent IOTs. Examples include, Microsoft’s Madingly, created with the intention of simulating all life on Earth and EMC in association with Acadia National Park scientists developed portals like eBird and iNaturalist, allowing park administrators to monitor impacts of climate change on wildlife. United Nations under its Global Pulse Data Analytics Initiative launched Big Data Climate Change, a competition which aims to promote data-driven climate change projects (Reference).

India, as like any other nation in the world, aims to imbibe the true nature of climate revolution in its citizens. Thus, initiatives personal to an individual have been borrowed from outside. Analysis of transit routes that provide details of the best possible course to be taken, least carbon emissions or avoiding traffic jams to reduce loss of non-renewable fuels; idea of smart cities which form the core of each parliament discussion nowadays are some examples that lead today’s Indian to the bottom line of understanding and confining disastrous climate change. Inculcation of values and services at an individual level, a combination of these for research at a state level and then connecting each server to an even bigger platform i.e. a national one, is the way forward for big data analysis in a country like India.

Evaluation, monitoring and prediction of each aspect of the environment starting from air or water pollution, erratic deforestation patterns, desertification, reduction in cultivable land, conversion of lakes into marshes, endangerment of flora and fauna as well as loss of fossil fuels due to increased utilization in every sector, be it industrial or commercial, can be well documented using big data. Each person involved is of help, each data set recorded is significant, each measurement made is substantial in determining where the climate would be heading in 30-40 years.

A good example in the Indian subcontinent can be provided from the inauguration and encapsulation of smart cities. As far as the priority sector interventions are concerned, according to a mid-year economic survey released in August 2017, 22 cities have already initiated smart roads and 18 cities have introduced integrated command and control projects. Also, nearly 20 cities have started smart water projects and 26 have begun to implement the smart solar rooftop projects. Architectural modifications and beautification have also started in about 18 cities in the country. Geospatial analytics has helped India understand how urbanization is happening throughout the nation (Reference). This can further be utilized in demonstrating how climate change occurs due to increased loss of forest cover and deep-rooted urban settlements crouching upon fertile land areas, leading to sporadic variations in precipitation.

Our home is susceptible to forces that would cause abrupt climatic events. What makes a difference now is the ability to research past and present phenomena to predict future climate variations, even if we don’t possess the capability to change Earth’s due progression towards annihilation in time. And Big Data delivers an immense assistance in this regard.