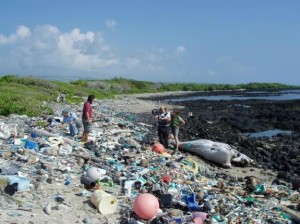 Each time I visit a coastline or a beach and see tiny bits of plastic and other waste I keep thinking that current legislative framework and monitoring mechanisms are not enough to protect our seas from pollution. Each year hundreds of thousands of marine animals and seabirds die because of ocean pollution. It is a fact that people dispose into sea all sorts of waste thinking that someday they will be degrade or dilute. However, they do not consider that sometimes it is really hard for a pollutant to be diluted and at the same time extremely easy for a pollutant to enter our food chain.

Oceans cover almost 2/3 of the planet and they provide the majority of global ecosystem services and planet Earth’s natural capital. Although important, a series of activities taking place inland or at sea threatens marine environment with various types of pollutants. Marine pollution takes place each time a chemical or other harmful substance enters into the water. Even though most of the pollutants come from land-based activities, a significant proportion of pollution is due to sea activities, like oil spills.

There exist many ways for a pollutant to reach the marine environment. The most common pathways include direct discharge of effluents from sewage and industrial plants, surface run-offs containing various types of pollutants, various mining activities (sea or land-based), ship activities and atmospheric pollution.

Even though marine pollution is often associated with oil spills there are also other forms of pollution that threaten marine ecosystems and various human activities on the coastline. The most important types of pollution include oil spills, eutrophication, acidification, temperature increase, plastics, chemicals and radioactive waste.

Oil spills are considered the most important source of pollution that could impact biodiversity and coastline activities for a long period of time. Although it can enter the sea in many ways accidents are commonly considered the most serious threat, as they are associated with large volume of oil spill. Take for example the Deepwater Horizon Oil Spill in Mexico Gulf that took place in 2010, which is considered to be the largest accidental oil spill in the history of petroleum industry. The total estimated oil that leaked into the sea was around 4.9 million barrels, impacting around 180,000 km2 of ocean and more than 6500 km of coastline. Oil can be really damaging for marine life and birds due to its characteristics and oily nature. In addition, oil can take a significant amount of time to disappear and is considered a difficult substance to clean up.

Untreated or under-treated sewage or run-offs containing high volume of nutrients (nitrogen and phosphorus) can enter the sea and lead to eutrophication conditions, by increasing primary productivity of marine ecosystems. Eutrophication results in lack of oxygen and degradation of water quality and ecosystem population. Take for example Baltic Sea, which contains 4 times as much nitrogen and 8 times as much phosphorus as it did in the early 1900s, causing a series of changes in the ecosystem composition, like the growth of algae and plants, algae bloom, in many cases toxic, changes in the fish species and decrease in water transparency.

The most important contribution of oceans to earth’s cycles is the absorption of carbon dioxide that is emitted into the atmosphere. However, if the amount absorbed exceeds certain limits the ocean becomes more acidic. The changes in acidic levels may affect calcium carbonate structures and therefore the ability of creatures to form shells. Furthermore, it will make oceans less capable as regards carbon dioxide absorption.

In addition to acidification, the rise of sea temperature is another source of pollution associated with climatic impact. The warming of the ocean may be associated with the melting of glaciers and ice sheets, changes in the salinity, changes in the circulation of ocean currents. Also, it can affect marine organisms, which either alter their biological functions or immigrate to other environments. A characteristic example of ecosystems degradation is the extermination of coral reefs in the Florida Keys due to ocean temperature rise. Another issue that is associated with rising sea temperature is algal bloom. Due to higher temperatures bacteria are increased in many seas, like the Baltic Sea; as a result, several types of algae, many of which are toxic,, form blooms and they become ocean polluters affecting marine life and humans.

Plastics found at sea are produced by human activities on land or by at ships. They can affect marine birds, turtles and fish in many ways and they can even cause their death if eaten; also many sea animals can be tuck in rubbish and die. In addition, plastic is a material difficult to biodegrade; as a result if not swollen by marine animals it can return to shore, polluting beaches and coastlines. It is estimated that 80% of marine debris comes from land-based sources, like coastal tourism, sewage, fishing activities and wastes from ships and boats.

Chemicals that enter the sea, mostly through dumping, can contaminate marine life. They can also impact human life by entering food chain. The most common found chemicals include heavy metals, pesticides, furans, dioxins, phenols, drugs and other toxic substances. Toxic materials that have been dumped years ago may still pose a threat, depending on the level of toxicity. In addition, animals at the bottom of food chain absorb the chemicals that may pass into larger animals and eventually into human food chain, causing serious health problems, including cancer, damage to the immune system, reduced fertility etc.

Radioactive waste is also considered a significant source of marine pollution, as it can poison many marine life forms and enter the human nutrition pyramid. In addition, radioactivity levels can take many hundred thousand years to be reduced, depending on the type of material, and therefore can pose a threat for a very long period of time.This type of waste was discharged into many parts of the sea, like Irish Sea, English Channel, Artic Ocean, and in several points of Atlantic and Pacific Ocean. 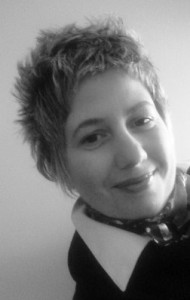 Asimina Voskaki has a background in earth sciences (BSc) and post-graduate studies in environmental planning (MSc) and environmental sustainability assessment for airports (MREs). She has experience in consulting on geo-environmental issues and she was leader consultant in urban planning projects, assessing the suitability of geo-environment. In addition, she was involved in sustainable mobility and transportation projects as an environmental consultant. She is an expert on climate change mitigation and adaptation issues and participates in related policy development. She is a co-author on various publications on the area of public perception on climate change and airport sustainable development.

GRID-Arendal centre collaborating with the United Nations Environmental Programme (UNEP), What is Marine Pollution and How Does it Affect Marine Life

Naser H. (2013), Assessment and management of heavy metal pollution in the marine environment of the Arabian Gulf: A review, Marine Pollution Bulletin, 72 (1), 6–13

Save Our Seas Foundation, Threat 4: Pollution