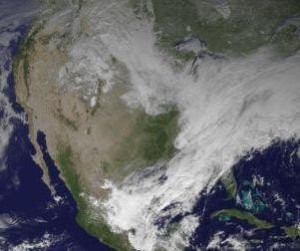 Fifty states of the US recorded sub-freezing temperatures in January 2014. The extreme cold wave created shutdown of services. The shivering cold also caused power shortage and adversely impacted daily routine. These low temperatures were not experienced in the region, since the last 20 years. Experts explained that Polar Vortex could be the main culprit behind this brutal cold.

Polar Vortex may occur anywhere in the Northern hemisphere and is worst in winter, due to more temperature contrast between the Polar Regions and the mid-latitudes.

Whether polar vortex itself is an outcome of global warming or not is still a matter of debate.