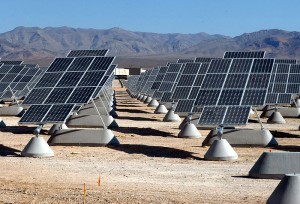 The National Solar mission is part of the eight climate change missions of India. Building a solar India is a very ambitious dream but not an impossible dream as the sun is on our side, India being a tropical country with abundant sunshine.

For any country, it makes more sense to invest in multiple technologies rather than limiting itself to any one particular technology. With nuclear energy investments in India increasing, solar technology promotion will ensure that the energy demands of India are not based on a singular source. The mission targets achieving grid parity by 2022 and parity with coal based thermal power by 2030 depending on technological developments and global deployment.

“We will pool our scientific, technical and managerial talents, with sufficient financial resources to develop solar energy as a source of abundant energy to power our economy and to transform the lives of our people. Our success in this endeavour will change the face of India. It would also enable India to help change the destinies of people around the world.” – Excerpts from PM Manmohan Singh’s speech at the launch of the mission.

The basic stimulus for promoting solar power will come from Renewable Purchase Obligation (RPO) for power utilities with a specific solar component. RPO to be gradually increased while the tariff fixed for solar is expected to come down over time.

Salient features of the mission;

The mission seeks not only to set up solar energy plants in India but also to promote indigenous production and research which can ultimately help in India becoming a hub for solar energy. Already, CSP systems with existing molten salt technologies that function six to eight hours after sunset are in place. The challenge will be to increase the efficiency to greater utilization during the off period. This can happen only through on site application testing and practical experience gained from running of such solar energy utilities.

The cost of generating solar power depends, inter alia, upon intensity of radiation, size of the solar plant, cost of financing, etc. The tariff for solar power is now being determined largely through tendering process. For installation of rooftop solar PV projects, the Ministry of New and Renewable Energy (MNRE) has worked out benchmark cost as follows:

The Ministry of New & Renewable Energy is implementing Grid Connected Rooftop and Small Solar Power Plants Programme, wherein, Central Financial Assistance (CFA) is being provided for installation of rooftop solar PV plants in residential, institutional and social sectors. The CFA is upto 30% of the cost arrived through tender process or the benchmark cost prescribed by MNRE, whichever is less, in case of general category states/UTs and upto 70% in case of special category states/UTs.*

*As per information availanle through PIB based on a reply to question in the Lok Sabha, August 2018.