RUMSL (Rewa Ultra Mega Solar Ltd) a joint venture between Government of India owned SECI and Government of Madhya Pradesh MPUVNL has implemented the 750MW Rewa Solar Project successfully and plans to succeed it with projects double Rewa’s size. This venture will mirror several features of Rewa project, and RUMSL will sign term sheet with Indian Railways and Railways Energy Management Company Limited (REMCL) for purchase of about 23% of energy produced and Madhya Pradesh Power Management Company (MPPMCL) procuring the rest. The bid process for project would be launched during 2nd Global RE-Invest event in Delhi. The project would bring private investment with long term over-draft facility to benefit project developers and promote Madhya Pradesh as a favored investment destination. 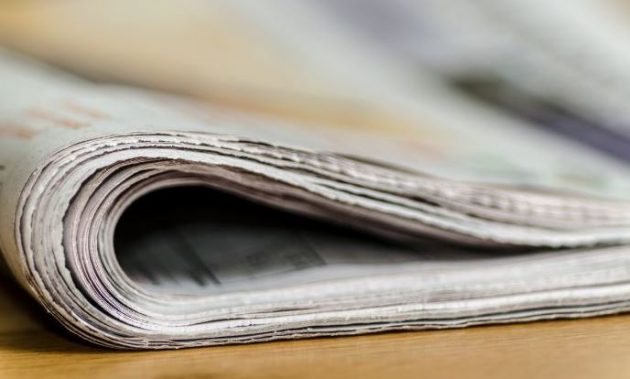 The Rewa project, only venture to supply power to big institutional customer like Delhi Metro has strengthened the stand for renewable projects making them practical not only from regulatory standpoint but also from commercial outlook.

Following China’s ban on plastic imports, US the largest exporter of plastic waste along with Britain, Germany, Mexico and Japan are forced to offload their scrap to South-east Asian countries such as Thailand, Malaysia and Vietnam, which are grappling to counter this tidal plastic waste. Many environment organizations believe the problem needs to be handled at source rather than exploiting countries which lack regulation to protect themselves. Reports show overall US export of waste has reduced; export to China has dropped by 92%, to Thailand it has increased by 2000%. While there seems to be a legitimate market for the material, markets for processing recycled plastics is also picking up in US and Canada.

So far astronomers have discovered over 3500 exoplanets and hunt for exomoons have progressed in parallel. The possible discovery of first known moon outside our solar system spotted by Nasa’s Kepler spacecraft and later by Hubble telescope has excited astronomers and space research communities. This Neptune sized object in a distant planetary system orbits Kepler 1625b, a Jupiter sized planet that orbits its parent star about 8000 light years away from Earth. These discoveries were made by studying the diming of light from the star as the planet and exomoon transits around it. Researchers are excited that these results have provided compelling evidence for the first found planetary satellite around an exoplanet.

2018 Chemistry Nobel has been awarded to three scientists for their discoveries in enzyme research. The winners have developed novel techniques such as directed evolution and phage display to create new proteins. The directed evolution technique discovered by Frances Arnold mimics natural selection to develop enzymes the biological catalysts that help speed up cellular chemical reactions. George P Smith and Sir Gregory Winter developed phage display technique that uses viruses to generate new antibodies. These antibodies can neutralize toxins, treat metastatic cancer and counter autoimmune diseases. It is believed that the latest advancements in protein research with direct evolution of enzymes and antibodies are transforming medicine.

Dr Donna Strickland has been awarded a Nobel prize in physics along with Dr Arthur Ashkin and Dr Gerard Mourou for their work in field of laser physics. It is noteworthy that Donna is only the third woman winner of the award after Maria Goeppert-Mayer was awarded in 1963 after Marie Curie way back in 1903. Dr Ashkin developed a technique called optical tweezers used to study biological systems. Drs Mourou and Strickland developed Chirped Pulse Amplification (CPA) a method for shortest and most intense laser pulses ever generated. This technique has found uses in laser therapy for treating cancers and laser eye surgeries.

World Health Organization (WHO) reports that the tobacco industry’s carbon foot print is comparable to entire countries such as Peru or Israel and more than twice of Wales. The industry also accounts for wide spread deforestation and water pollution. The report states that the multinational companies based in high income countries should be blamed for exploiting resources, causing environmental damage through water depletion, soil depletion and employing child labor in developing countries to make profits. Governments are urged to increase taxes on cigarettes for the ecological damage and carbon pricing to address climatic change. Ban on single use filters, fines to companies contributing to environmental damage are other recommendations. The public should also be made aware of the health and environmental impacts of this unethical product.

A study reveals that massive walls underwater could lessen the threat of rising sea levels and slow the melting of the glaciers. By making barriers on the seabed, the risk of collapse of ice sheets can be saved from upwelling warm water. Scientists say that this scheme can be used in addition to the reduction in green house gas emissions, which is the most effective way to fight climatic variations and stress that this scheme is in no way an alternative to it. The scientists do not advocate the beginning of the building work and feel that further research is needed in this direction.

The Supreme court of India has rejected an appeal to save the tigress T1 believed to have killed 13 humans in the Pandharkawada town in Central India. The court has ordered the animal to be executed if attempts to sedate and relocate the animal become unsuccessful. Animal activists have questioned whether the tigress is responsible for all the killings. The forest officials are under tremendous political and public pressure. They would primarily attempt to immobilize and capture the animal; however they would have little choice but to kill it if those attempts fail. While efforts to conserve tigers in India have increased the tiger population, the shrinking forests for the burgeoning population and urban development keep increasing the conflicts between man and the animals.

At the International Whaling Commission (IWC) conference, Japan proposed to put an end to the ban on commercial whaling which was set in the year 1986 by IWC. It claimed that the population of some whale breeds has improved enough for sustainable hunting. So far 333 whales have been killed by Japan for scientific research which is permitted, but critics see this as a cover for commercial whaling as the meat goes for sale. The conference host Brazil along with Australia, US have not supported this proposal. Marine Biologists say that whales are important for health of the world oceans and feel that weakening the ban would be a fatal mistake.

At concluding session of Mahatma Gandhi International Sanitation Convention, Haryana, Maharashtra’s Satara district and Uttar Pradesh received awards from Prime Minister Shri Narendra Modi for top ranked state, district and state with maximum citizen participation respectively based on National Swachh Survekshan Grameen (SSG) 2018. Later Ms. Uma Bharti awarded the top three States, Districts of all the zones of the country. The Ministry of Drinking Water and Sanitation commissioned SSG through an independent survey agency and rankings were based on set of qualitative and quantitative parameters. Over 1.5 crore people participated and provided their feedback.  Several Gram panchayats invested funds to improve their sanitation situation.

The first assembly of ISA, the 2nd IORA Renewable Energy Ministerial Meeting and the 2nd Global RE-Invest (Renewable Energy Investors Meet and Expo) was inaugurated in a common function by Prime Minister Shri Narendra Modi. Addressing the plenary session named RENNOVATE, which had inspirational conversations from global leaders, Mr. Masayoshi Son, the CEO, SoftBank Group appreciated India’s 100% electrification mission and offered support to PM’s vision 2020. He also mentioned that with the investments in technology and innovation to harness solar energy, free solar power supply to all ISA member countries is definitely possible after 25 years of PPA.

India’s target of 30GW offshore wind industry by 2030 was praised at “A Leap into offshore” session at 2nd Global RE-INVEST India-ISA Partnership Renewable Energy Investors Meet & Expo by many experts including the session moderator Steve Sawyer, Secretary General, Global Wind Energy council (GWEC). Calling this an ambitious yet cautious step experts feel it is achievable but India needs to come up with fresh approach and look at different models. The National Institute of Wind Energy has called for “Expression of Interest” for the country’s first offshore wind energy project in Gulf of Khambat.

Chandrajit Banerjee, Director-General Confederation of Indian Industry (CII) and Erik Solheim, Executive director UN Environment have signed a Memorandum of Understanding (MoU) at Delhi. This MoU covers coherent implementation of the environmental dimension of sustainable development. The major activity planned under this MoU which provides framework for cooperation on issues related to environment, renewable energy, resource management and conservation, energy efficiency, climate change, etc is the Un-plastic initiative. This activity Calls for commitment from industry on actions to restrict plastic pollution.

Following government orders to implement air quality charging schemes to reduce NO2 levels, Leeds has a proposal where most polluting vehicles, the Heavy goods vehicles (HGVs), buses, coaches would be charged  £50 per day for entering Leeds. Taxis and private hire vehicles would be charged at £12.50, however light goods vehicles (LGVs) and private vehicles would be exempted. While the Leeds council awaits approval and funds from government towards infrastructure development and support for local businesses to upgrade the affected vehicles, hauliers have criticized the scheme saying that businesses would switch to LGVs- vans increasing congestion and pollution.

Ecosia a non-profit Berlin startup donates most of its revenues to conservation initiatives. It has voluntarily offered €1m to RWE to buy the remaining 200 hectares of the 12000 year old German Hambach forest that has many trees more than 350 years old and is home to around 13 endangered species. RWE the energy firm has plans to cut down the forest for coal mining purposes. Following protests from demonstrators, activists, RWE has been temporarily ordered to stop felling of trees. Ecosia’s founder Kroll has invited other organizations to join in this offer to help save the age old forest.

The climatic variations, advanced farming techniques and increased use of pesticides have threatened the population of the common bees. Delft University of Technology, Netherlands scientists have studied the bee movements and developed bee like drones which can pollinate plants. These drones which can move from one plant to another also last longer and are found to be better than their predecessors from Harvard and elsewhere. For Netherland a major exporter of agricultural products, pollination is very crucial and these drones are expected to replace the actual insects when they die out. Efforts are underway to make insect sized drones.

Intergovernmental Panel on Climate change’s 1.5C report compiled by top scientists from world over details the devastating effects of 2C increase in global warming over pre-industrial levels. Stressing the importance of every fraction of the degree, the report mentions that even limiting warming to 1.5C would help reduce the heat waves, water scarcity, prevent sea-level rise, etc. While many sectors are taking steps towards this, additional $1tn annual investment is expected starting now till 2050.