‘The earth has enough for man’s need but not for man’s greed.’’

Never in the history of mankind have these words held more prevalence than now. It might seem a little far-fetched to use the words ‘never’, ‘history’ and ‘mankind’ in the last sentence but by the end of the essay their use would be justified beyond any reasonable doubt.

Climate change was first seen as a hazard in the 1970s. By the 80s and the 90s it became a threat to the survival of the human race. When the twenty first century came around it earned, rightly so, the distinction of a ‘global threat’. But somehow as we neared the end of the first decade of this tech centric century climate change got ‘lost’ in the clouds of oblivion. ‘Forced’ might be the right word here. You see, in an age where facebook statuses are changed in minutes, where people gain and lose fame at the drop of a hat, where everyday hundreds of people die in terrorist attacks climate change lost its threatening vibe. It was rendered redundant. By our bubble gum memory. By our we-don’t-care-anymore-attitude.

People often use the terms ‘Global Warming’ and ‘Climate change’ interchangeably. Although both the phenomena are environment related their C.V.  are very dissimilar. Global warming refers to the rising average global temperatures on account of excessive release of green house gases in the atmosphere whereas Climate Change refers to the erratic change in climate patterns all over the world which include earthquakes, typhoons, tsunamis, volcanic eruptions and other ‘natural’ hazards. Clearly, Global Warming is a sub set of Climate Change.

‘For 200 years we have been conquering nature. Now we are beating it to death.’

Renaissance is credited with the opening of minds of people in general. Many ground-breaking researches and ideas were put forth during that era. Then came along, the industrial revolution. It empowered men to create more from less. It brought with itself revolutionary technologies. Sadly, it also set the base for an unfortunate delusion in our race’s mind. That we could conquer nature.  Slowly and portentously we deluded ourselves into believing that we were superior to mother earth. Trees were mercilessly cut. Countless polluting factories were set up. Heaps of wastes were irresponsibly dumped into the oceans. All in all we as a race showed complete disregard for the preservation and conservation of our environment. As a result, benevolence was overthrown by business-mindedness. Science crippled self reliance and somewhere in this rat race to make ourselves ‘developed’ we buried humanity.

What we are seeing and have seen in the past decade is the repercussion of our irresponsibility. Reports show that occurrences of ‘natural hazards’ like earthquakes, typhoons and tornados have gone up. They have become more frequent and more deadly. The average global temperature has risen at an alarming rate. Studies predict that the arctic may go iceless by as early as 2020. Island nations have started preparing plans to evacuate themselves into other parts of the world fearing the submergence of their country due to rising sea levels. More than 90% of animal species that once existed on the face of this planet have gone extinct. And many lie in the category of ‘highly endangered.’ Air pollution levels in the cities of the developing nations ‘boast’ of record high numbers. Ground water level in many Indian cities has fallen more rapidly than the rupee. Countless trees have been cut down; forests have disappeared with the blink of an eye to make way for infrastructural projects. And the result is in the front of our eyes. It as if nature is taking her revenge. And I don’t blame her. Not after the brutality with which her resources have been used and dumped. 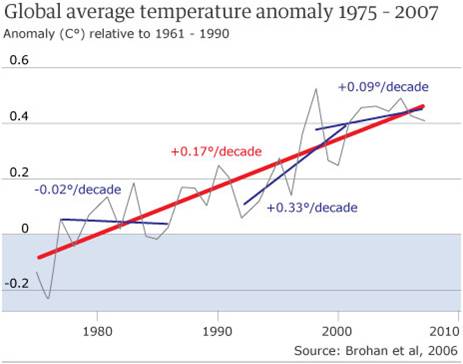 Now, some people may argue that the time has passed. That the damage done to a once inhabitable planet is beyond repair. That the time to hit the panic button is gone. And there are some people who have not abandoned hope and believe that if constructive measures are taken we may be able to establish some sort of harmony with nature. Then there are some people who simply turn a blind eye to this grave apocalyptic danger, throw their heads up in a pretentious manner and rubbish the fact that we might have dug up our own graves by a dismissive shake of their hands. It is this third lot of people that saddens me to the core of my heart. And these are the people who will take us to our doomsday.

Cynicism is always better than downright phlegm. But optimism is even better.

May be the cynical are right. May be, the time has gone. May be, our fate has already been written by our careless deeds. May be, we are already doomed. But then I want to ask you this- Are you willing to give up on a bright future for your children and let the world rot under toxic gases because of some unanswered ‘may be’s?

What has been done can’t be undone. And although some people might paint a gloomy picture of what our future looks like we must not forget that there are countless NGOs and other non-profit organisations that work for the conservation of our environment. The world doesn’t lack laws or provisions. It lacks their right implementation. When the government of India declares a region to be ‘ecologically sensitive’ it is expected to be taken care of and left alone by business centric people. Sadly, a greedy bunch of corporate whores turns that same ‘sensitive’ area into a mall by feeding some officials and administrators. Another thing that is missing from our fight plan is the awareness of the problem at the grass root level. Students at all levels of education need to realise the danger that ‘Climate Change’ is.

There have been many turning points in the history of mankind. And we are staring at one right now. And it might be the most important one of all. If the urgency of the problem at hand is ignored our planet will die a quick yet painful death. Our generation might end up rendering this planet uninhabitable for any living species. And if corrective and constructive measures are taken to tackle Climate change’ we might set an example for the future generations on how to sustainably develop our civilisation. The choice is ours.