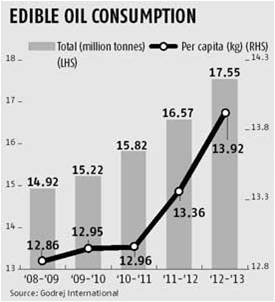 We live in a country replete with contradictions in almost all aspects. Consider poverty and rampant food insecurity that most households have to live with in India. On the other side is the huge consumption of vegetable oils, ghee, palm oil etc., in our kitchens. And this consumption continues to steadily rise with time.

We are a nation of food lovers. We love our spices, mithai and curries. We especially love the roadside chat, pakodeandparathas. But never do we realize, the immense weight behind this. They are all made with vegetable or cooking oils in different proportions.

But that’s not all, more often than not, in our kitchens, restaurants and dhabasalike, we reuse this already used oil. Okay, we learned in our classes that “re-use is good” but not in this case, not at the cost of one’s health.

Unfortunately, with the rising requirement of edible oil, the corresponding oilseed production is actually declining and consequently, oil imports are increasing.

As per recent reports, cooking oil imports by India, the world’s second-largest buyer, climbed for the fourth straight month because of rising consumption and declining global prices, keeping reserves at a record.

A direct repercussion of this is the generation of Waste Cooking Oil (WCO) which is difficult to manage since:

Meanwhile, India is world’s third largest Greenhouse gas emitter and also plays a critical role in climate change talks. However, it still remains a country striven with the challenges of poverty, malnutrition with the largest concentration of people living below the World Bank’s international poverty line of US$1.25 per day.

However, in case of India, food security takes priority over fuel/energy security and the diversion of land from agricultural production to the cultivation of oil-forming crops such as Jatropha (primarily used for biodiesel production in India) is still debatable.

Use of WCO as a potential alternative clean fuel poses a great possibility for India to meet its rising energy requirements without compromising agricultural land.

At the individual level, WCO generated from the restaurants and/or households can be collected to be used directly for transportation as alternate fuel with slight modifications. After collection, this needs to be filtered and processed to reduce its viscosity.

Since WCO has higher viscosity than petro-diesel, it has to be first brought down. This can be accomplished in 2 ways; by adding a heating mechanism to the fuel line or tank. This is a fairly simple change which also helps save money while reducing the carbon footprint and disposal problems.

At the community level, the second option, modifying the oil, means using WCO to synthesize biodiesel is more feasible. Using a fairly simple process that applies lye to remove the coagulating properties of the oils. The byproduct of biodiesel processing is simple glycerin or glycerol, which can be composted or used to make your own soap.

Recently, the Indian Government has started studies to develop a system for converting used cooking oil into bio-diesel  which would then be tested on vehicles on an experimental basis at the National Institute of Renewable Energy. The data collected would be employed for developing a long-term national policy.

According to Sudhir, Sharma and P.Mohanan (2007), biodiesel derived from waste cooking oil (WCO) is the greenest liquid fuel available because of the primary ingredient being a post-consumer waste product. WCO biodiesel when used in compression ignition engine has shown an impressive performance and emission characteristics. These are:

Performance of the pure WCO-biodiesel was only marginally poorer at part loads compared to the base line diesel performance.

Also, as per conversion company Greasecar, emissions testing of WCO shows that it produces lower levels of CO and PM (particulate matter) than diesel when tested in the same vehicle.

WCO generated biofuel can provide an effective climate change mitigation strategy in India, both at the community and national level due to its easy availability, cost-effectiveness and fuel efficiency. Once the resources for its implementation are in place, it eventually boils down to community acceptance and a slight lifestyle change to effectively adapt to WCO generated biofuel and its use.

Government of India incorporating WCO strategy in the next Climate Change Action Plan would bring India a step closer towards benefiting from it. 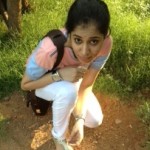 A passionate writer/poet, Arpita Bhagat has a Masters in Environment Management from FRI, Dehradun and Bachelors in Life Sciences from Delhi University. She can often be found writing on poetry, art and various social as well as environmental issues.